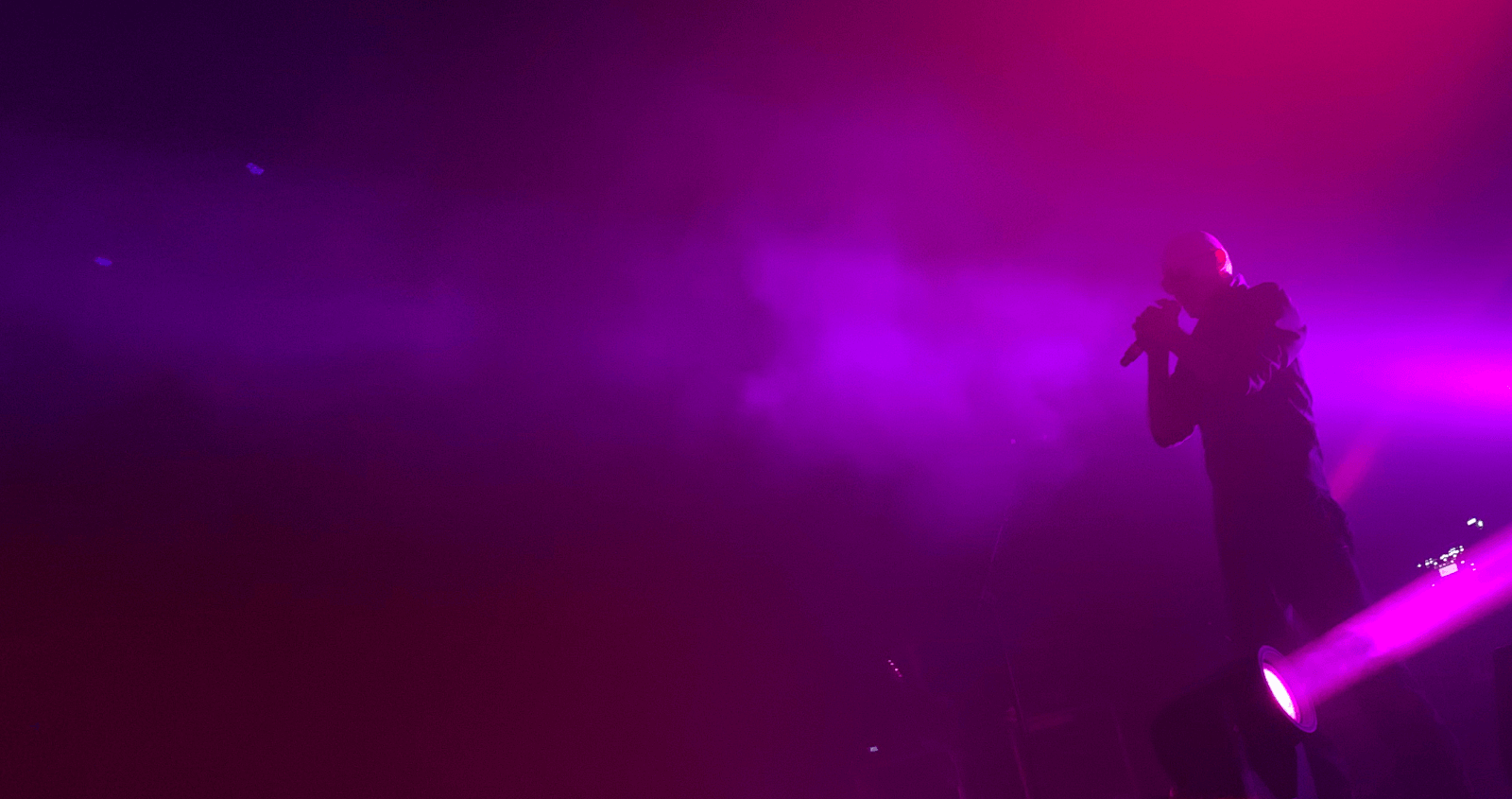 My excitement for this particular gig started months ago. I still hold the SISTERS‘ performance in Tilburg back in 2011 in high regards. Their gigs in the Netherlands and Belgium always tend to be something special, and this was no exception.

The circumstances of this concert were so different to what was experienced in Cologne a few days before. First, the venue: Albeit it was much cozier than the E-Werk, it was also very nice to be there, although it was packed. Much better organized staff at both entrance and bar added to a good experience, and even the air inside was way much better than in Cologne. In addition, entry to the venue was very nice, they wouldn’t even look into the bags! You feel trusted from the first impression onward. Second, the people were in a jolly and relaxed mood. Even the pogo was far less aggressive and the crowd less „pushy“ and offensive as in Cologne.

The gig itself was, in my opinion, far better than Cologne. The voice of Andrew Eldritch was in an excellent shape, and the chemistry between the guitarists Ben Christo and Dylan Smith added to a tight and powerful performance. For this last stop on European soil, the band invited support act A.A.Williams for three songs on the stage: „More“, „Something Fast“ and „This Corrosion“. What a nice finish! Personally, I enjoyed „Crash And Burn“, „Show Me“ and „Flood II“ very much, and „Lucretia“ got me jumping all around. Easily the second to third best thing that I experienced this year (the first two being about family, hah!).

After the show, I got in touch with so many friends I’ve met with the SISTERS over the past years, and it was so nice to have a chat here and there. A big „HEY“ to Simon, Ez, Alexander, Oliver, Sabrina, Ingo, Andrew, Eggi, my mate Chris and to everyone I have forgotten. A big shout-out to Ben (show above, in company) for being groovy — and to A.A.Williams for a nice chat afterwards. I told her how much I like „Cold“ and that more space would do her songs on stage more justice. She agreed. But I liked her songs anyway, and I’m keen to see what next steps she will take.

Oh, you probably would want to see some pictures. Here you go. Please ask if you plan to use them somewhere. I want to know.

And since you’ve scrolled this far…