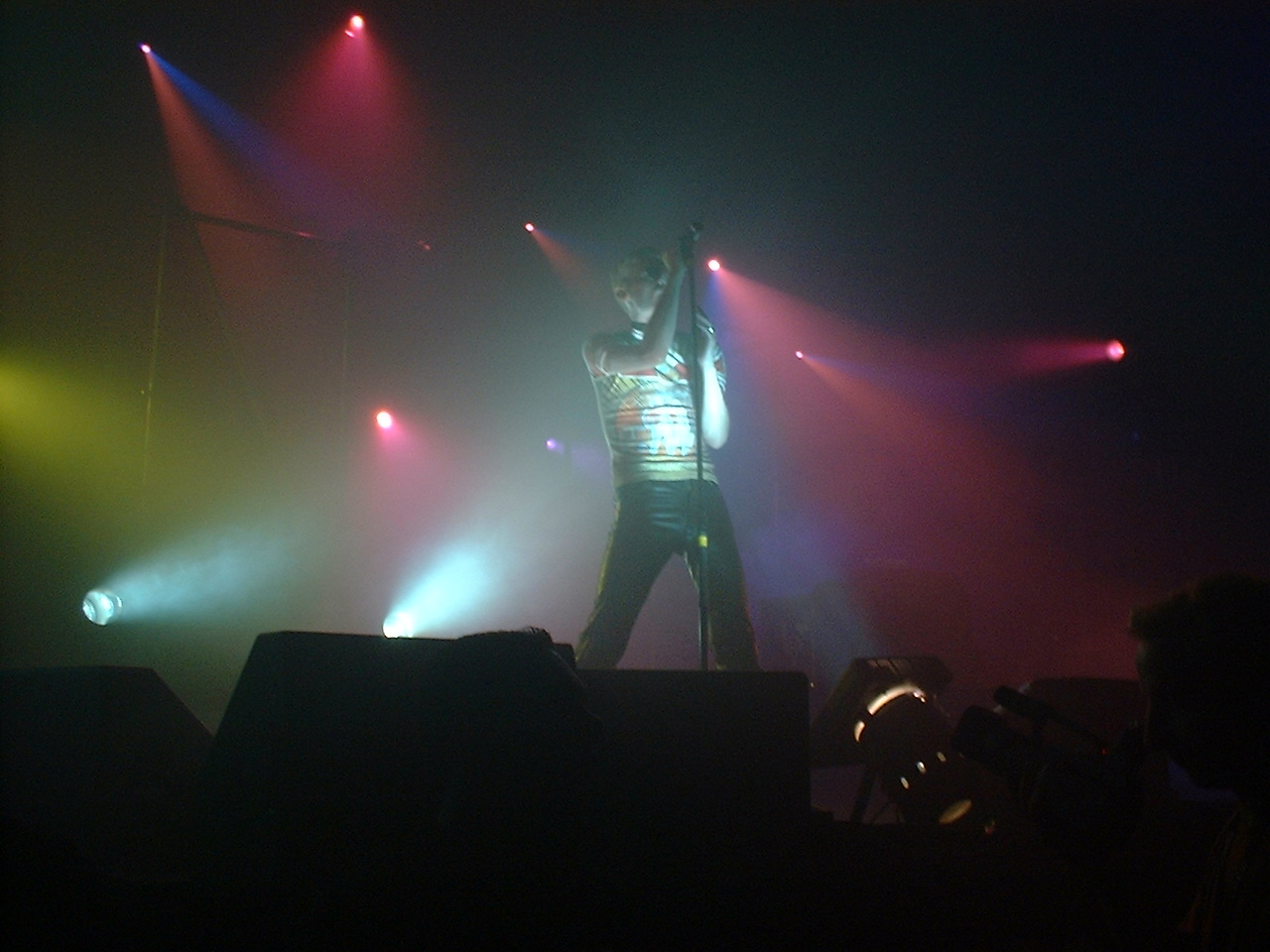 Crash and Burn
Train / Detonation Boulevard
Body Electric
War On Drugs
Temple of Love
We Are The Same, Susanne
Anaconda
Flood I
Summer
Dominion/Mother Russia
Romeo Down
Flood II
Will I Dream?
Alice
Vision Thing
—
Something Fast
Top Nite Out
Sugar Baby Love
I Wanna be Sedated
—
Ribbons (not played)

It was a strange affair: Since I last saw the Sisters at their gig in Pukkelpop in August, two airplanes hit the World Trade Center in New York City and gave the world a whole different spin. How would Eldritch comment on this on stage? Literally in the middle of nowhere, playing in a large garden center in the outskirts of Brussels?

As it turned out: Not much. Since the Sisters introduced new songs in their 1997-1998 run, the singer would introduce the (now still very popular) song called „Summer“ shouting „It will never rain again!“ A song like a freight train painted in the shiniest yellows and blues, coincidently the same colours sporting the flag of the European Union. Eldritch has been an outspoken EU enthusiast. But in this first post-9/11-gig, he concluded „Summer“ with: „It may always rain again.“ It sounded somewhat disillusioned. Some people always want the world to burn, no matter if they sit in Government or in a cave somewhere. Eldritch would later comment on the events in an issue of „Glasperlenspiel“.

The gig itself was interesting. The second-ever opening with „Crash And Burn“, painted in blue with white flashes. Lovely. Adam Pearson and Chris Starling showed from the beginning that names will be taken. „Train“, „Body Electric“, „War On Drugs“ and „Temple Of Love“… what a stormy beginning to shake things up after hip-hop act Starflam eased the audience into a mellow mood, before the Sisters hit the stage.

And then: Silence. After „We Are The Same, Susanne“, the next song didn’t kick off. It looked like the Doktor needed a rest. The break lasted for about two minutes and may have led to the exclusion of „Ribbons“, which was planned as the final encore. But then, gigs without this great song are extremely rare. The rest of the set went on pretty ace. I remember a haunting „Romeo Down“ and a savage „Top Nite Out“, a passionate „Sugar Baby Love“ and an immersing „Flood II“.

Oh, and one popped ballon. It flew on stage right before „Summer“ kicked off. Eldritch kicked it with his biker boots. Rather than bouncing back to the audience, it vanished into air. Just like the thought of a civilization seeking for prosperity and unity in a post-Cold War world. But then, dreams take their time to become reality. We just need to be patient and believe.