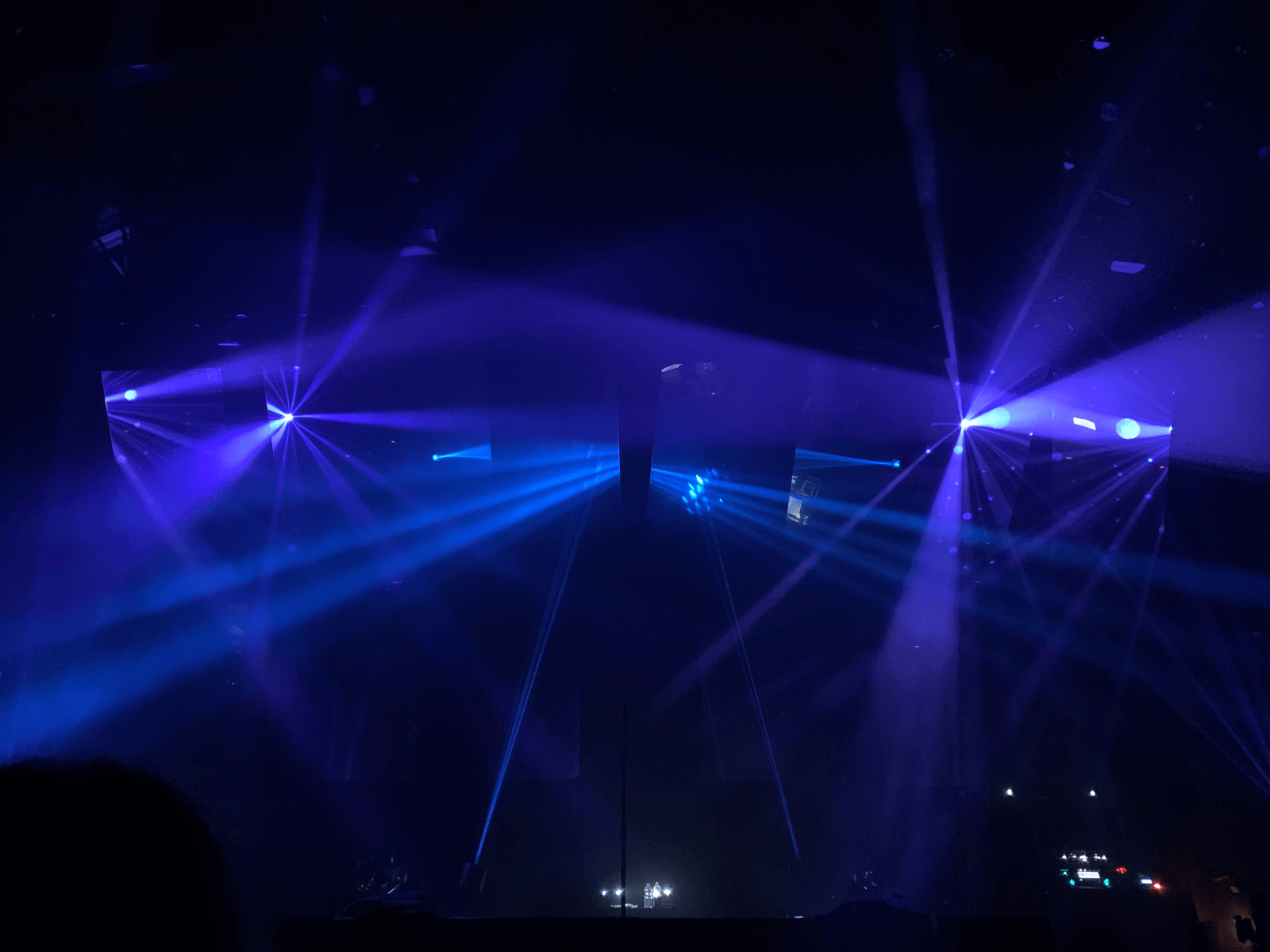 This was fun. The last time I saw the SISTERS was a rather subpar performance at the FZW in Dortmund. Andrew Eldritch seemed tired, albeit the new stage setup and the crew that was still set to take names. I also enjoyed A.A.Williams, being in possession of her re-issued and expanded EP which I think is ace. It might’ve been not the best place for here to perform: I believe that more space and more attention would do her songs more justice.

But speaking of the SISTERS this time in Cologne, things were different. New material was played, and the classics still get their proper space. I think „Show Me“ is amazing, and although „Better Reptile“ rocks like a bastard, it seems a bit unfinished. But then: „I Was Wrong“ was simply amazing, as were „Flood II“ and „Lucretia“ and „Temple Of Love“ to me. Everything seemed to tight, well-smithed, straightforward.

The new guitarist Dylan Smith is a great addition to the band, and he frequently stepped behind the monitor boxes to check out the audience. Ben once again showed what a skilled guitarist he is. One might think that Chris Catalyst is not missed, but his stage presence is different, and I have no doubt that the evening would’ve been great fun with him swinging that white axe.

Anyway: The SISTERS still rock, as they still play their game outside the industry. Long may they do so. I am so glad that the „lows“ of 2017 are gone and that the band is still highly engaged. Oh, and that Andrew Eldritch still likes to pick at photographers who remain in the pit way too long. Speaking of which…

And since you’ve scrolled this far…